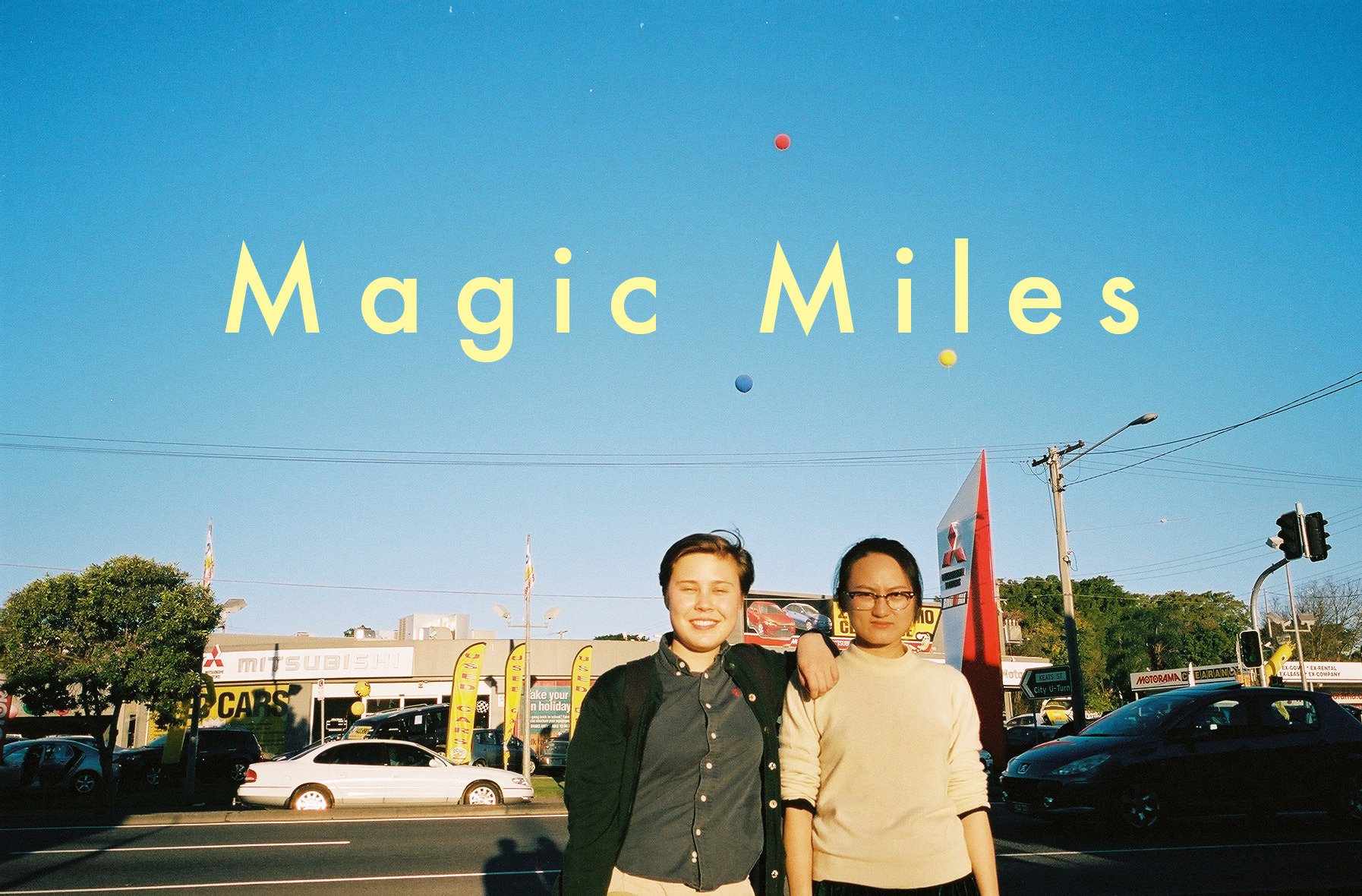 Audrey Lam’s exhibition ‘Magic Miles’ (2014) is a new manifestation of her short film of the same name. Its contextual reposition in A–CH Gallery feels seamless because of her practice as a photographer and visual artist and because of there artist performances and collaborations that feature in her filmic work. The exhibition includes photographs that were taken on the set of ‘Magic Miles’ and could mistaken for the film stills. They appear as a continuous stream along the main length of the gallery, their static installation becoming kinetic as the viewer walks through the space. This reverses the dynamic that underpins film spectatorship, so that we are afforded the opportunity to encounter the film in a different way. Movement and stillness are also thematically at the heart of ‘Magic Miles’, reflected in the fictional relationship between its two main performers, both artists, Athena Thebus and Xiao Deng.

Athena is a buoyant and exuberant presence. She is both the provider of vehicles of movement (she arrives on a fast-moving train, cruises on her skateboard, and teaches Xiao how to drive) as well as the impetus for the movement of the film. Athena seems drawn to the enigma of the softly spoken Xiao, who appears meditative and makes careful movements. It becomes apparent Xiao is asthmatic, that she senses the expiry of breath. In response to this, two samples of Athena’s artwork, sound pieces that extract the inhale breaths from Kanye West’s ‘My Beautiful Dark Twisted Fantasy’ (2010), are played in the car as a gift to Xiao. The songs trivialise breath while drawing attention to its irregularities and limits; they are chaotic, pulsing, syncopated. The repeated inhale has the effect of something getting higher and higher, strung out with excitement and anxiety, before a moment of collapse. This is the way romantic crushes build up; they are something both heavy and hollow, and the film follows this rhythm.

The drive along the Magic Mile, a strip of car dealers in the Brisbane suburb of Moorooka, feels to Athena “just like LA.” Its palm trees are a signifier of that fantasy. When they enter the site of driving practice, her preoccupation with Kanye, M.I.A., and LA seem displaced, almost anachronistic: it is an industrial wasteland with planes flying overhead and nearby abandoned Queenslander houses hovering on stilts. In this environment, Athena’s love of pop culture becomes nostalgia for it and for youth itself. Xiao drives the vehicle and it becomes immanent to this space. It moves slowly, it stops, and she is returned to being an observer of movement. At the close of the film, she sits on the concrete, grounded, and watches a plane land in the distance. This is the moment of exhale. 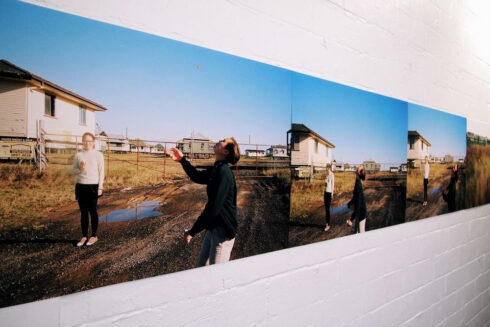 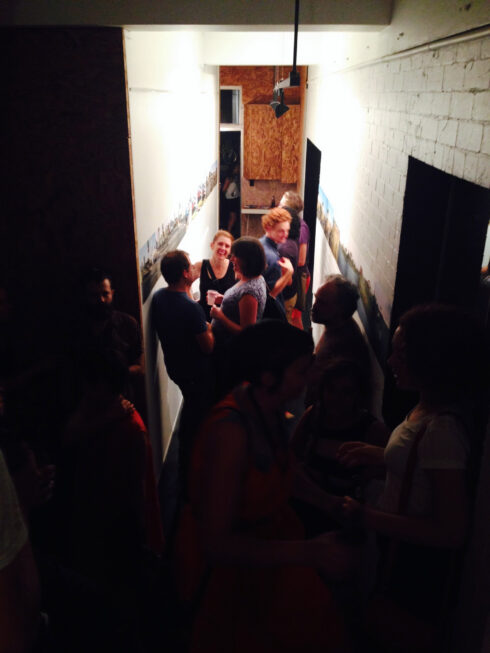