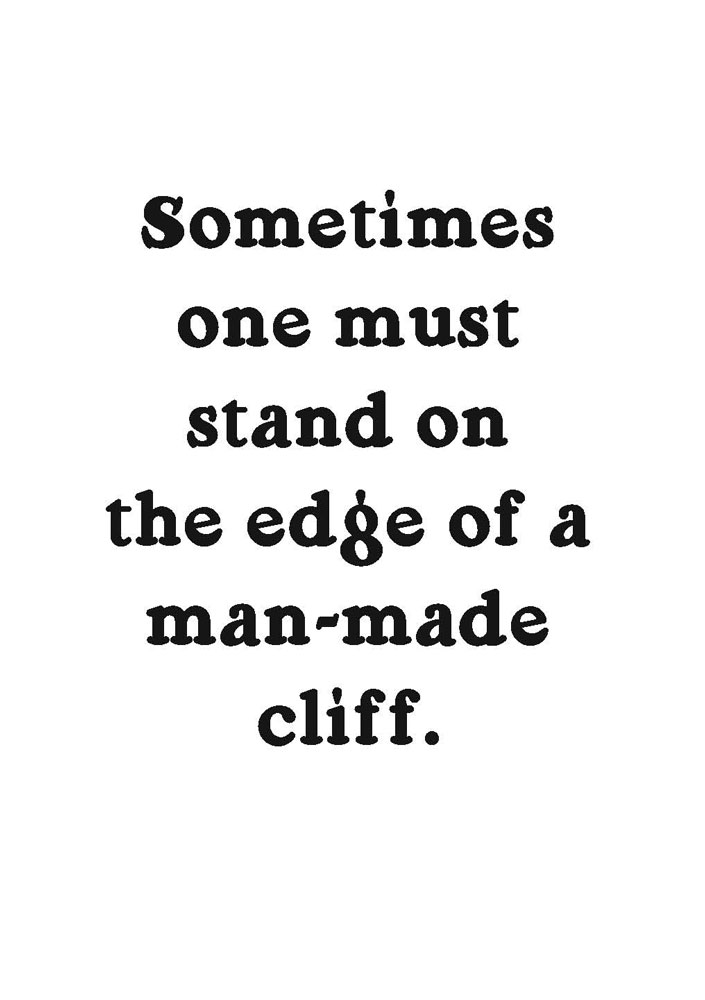 Although the photographs and poster are not always directly linked in subject matter the sentiment remains constant, a facetious absurdity. However, an intensity remains present, sometimes overtly as in the poster, or more subtly as shown in the photograph taken underneath a house of a freshly constructed bessablock wall.

The man-made cliffs dominate the space but they are of no more significance than the other five pieces. The cliffs sit larger, they command more space because of the momentous structures photographed. Charlie started photographing these machine carved cliffs because of the great faces that could be found in the odd formations. But this exhibition cannot be broken up into two sections. Throughout Charlie’s work it is the feeling that comes before the form. It’s hard to say why all these works fit together but they all share something, a quiet punch. 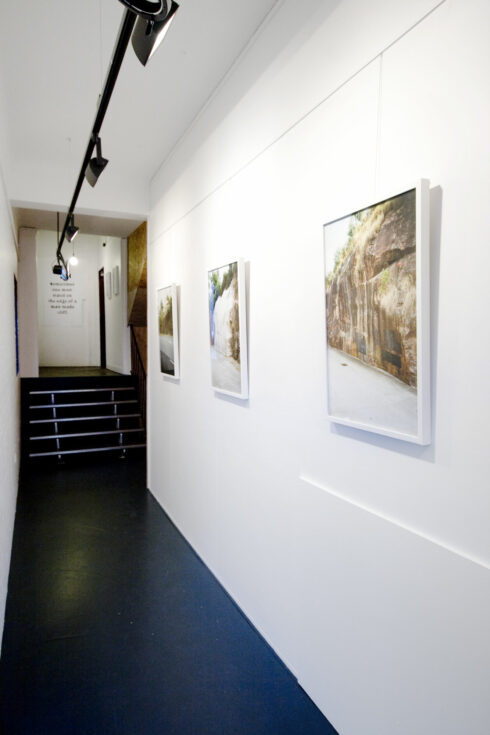 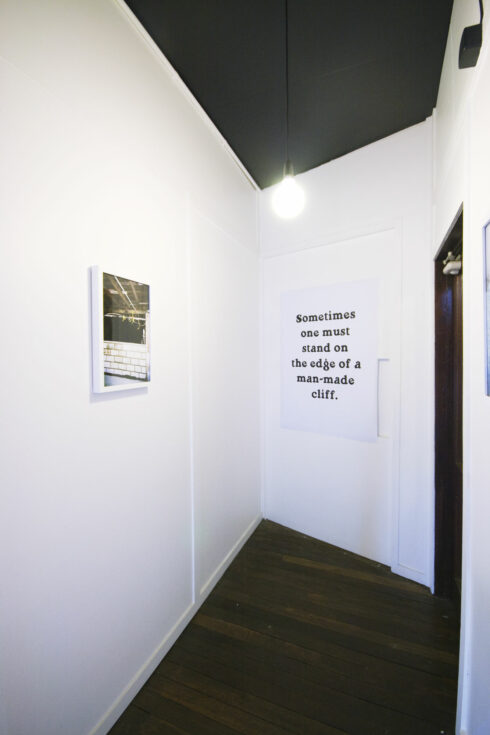 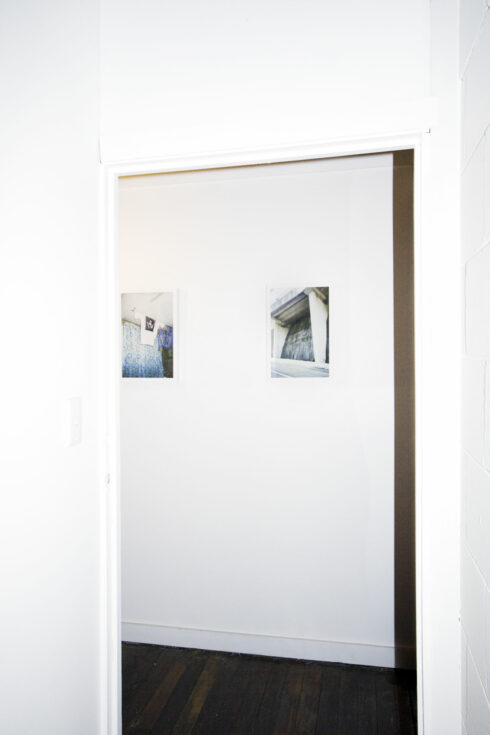